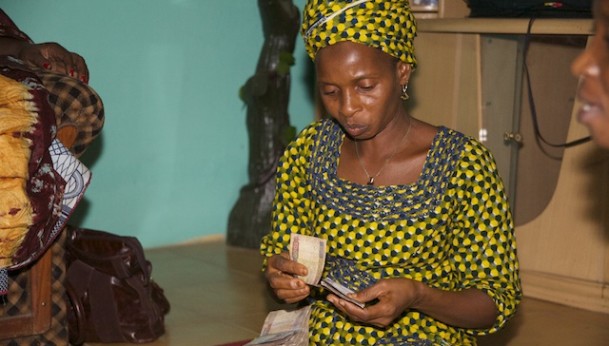 Poor and ultra-poor entrepreneurs live on irregular income due to volatile economies and lack of access to markets. They are more vulnerable to shocks such as health emergencies and failed crops (often associated with changes in climate). They have limited access to financial services because they lack collateral and are considered credit unworthy. Women are especially affected because of gender discriminatory regulations that limit their capacity to acquire assets.

We target these entrepreneurs through the Soussi Small Business Project and provide them with group funding to run their businesses in order to generate income for themselves and their families. Funding, ranging from USD $100 – $500, are given exclusively to entrepreneurs (especially women) who are serviced in a group setting, namely the Soussi groups. Our funds are generally used for small operations in rural trade including tie-dye, farming, soap-making, sewing, and food cart small businesses.