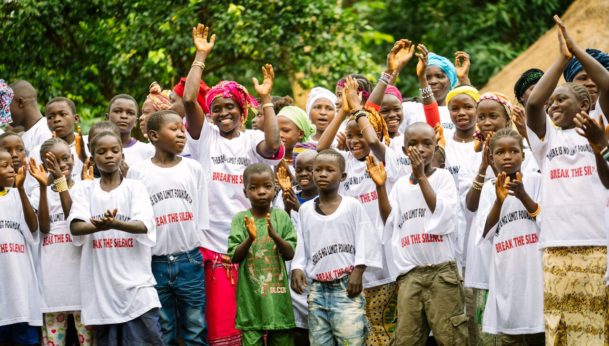 In 2016, we piloted the Break the Silence campaign series to mobilize people worldwide to speak up and take action to end harmful practices and violence against individuals. Female genital mutilation (FGM) is the first campaign under this banner. We chose to focus on FGM because it is one of the greatest threats to the health, wellbeing, and economic prosperity of women and girls worldwide. The goal of our Break the Silence Campaign is to eradicate the practice of female genital mutilation by 2030 in alignment with the United Nations Sustainable Development Goals (SDGs).

We use the power of youth to raise awareness about the practice and engage stakeholders in discussions about the consequences of FGM and alternatives such as sexual education. We also work with partners to increase government accountability through the training of public servants (i.e. law enforcement officers, health workers, educators) and to ensure the implementation of structures to protect women and girls’ human rights. Finally, we carry out advocacy and media campaigns in collaboration with artists and influencers to spread the message of abandonment.

As a start, the Break the Silence Campaign is active in the Republic of Guinea and the United States.