UNGA75 Kickoff with the President of the United Nations General Assembly

This year’s session of the United Nations General Assembly is like no other as the world is under lockdown due to COVID19. For the first time in history, one of the world’s most important meeting was be virtual as the world could not travel to New York City.

We partnered with the African Union Youth Envoy and One Young World to kickoff UNGA75 with  the Diaspora Africa Youth Silencing The Guns Intergenerational Dialogue and a breakout session focused on ending gender-based violence. The keynote address was given by the President of the UN General Assembly, H.E. Tijjani Muhammad -Bande. 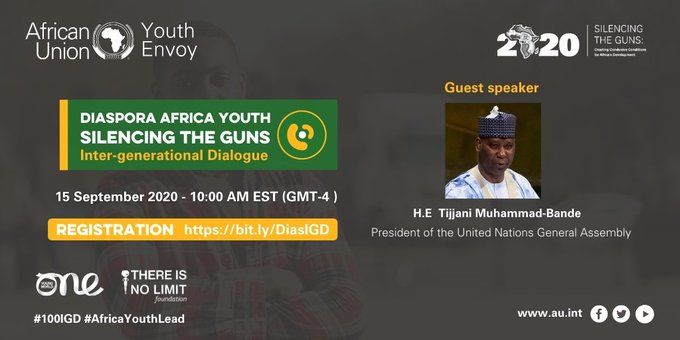 Results from the thousands of youths that were reached on all social media platforms and zoom. 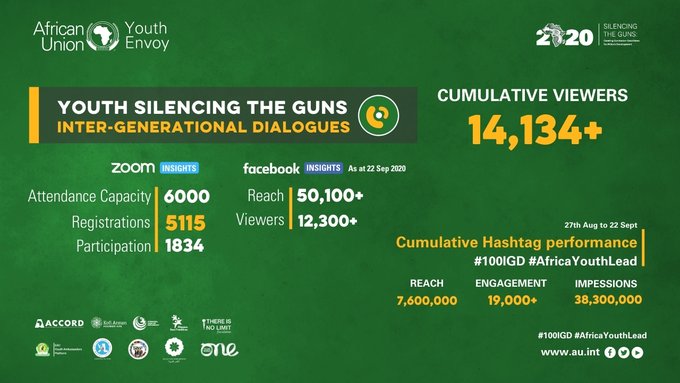 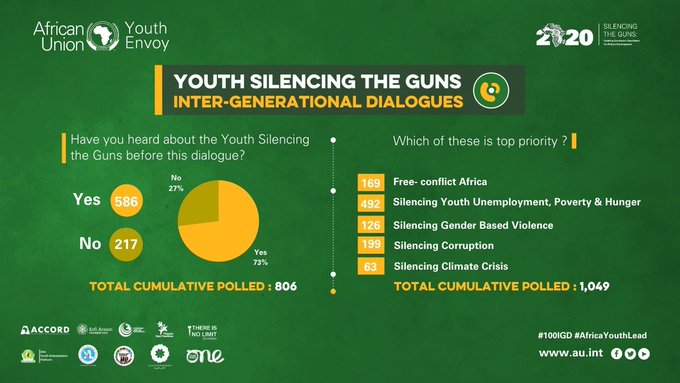