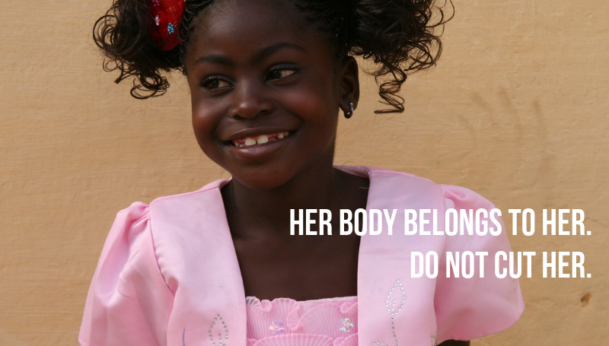 Break The Silence Week (Feb 6th to 12th) is a week dedicated to raising awareness and driving action to end end female genital mutilation (FGM). It is a fun week with a serious message, a week when people “activate” to shine a spotlight on FGM. Throughout this past week, we’ve engaged with activists and organizations worldwide that are working tirelessly with a common goal to end FGM by 2030. Here is a highlight of some of these individuals and organizations. 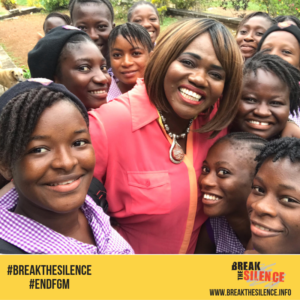 Alimatu Dimonekene is an award-winning women and girls rights campaigner. The founder of Project ACEi, her latest youth led work in Sierra Leone is A Girl At A Time through Youth1Space. On why she decided to break the silence on FGM, she said, “I decided to add my voice because often when the stories of women and girls affected my FGM were told it was one of very demeaning and disempowering to survivors. Given that I had received support and help through my family and professionals I wanted women and girls living in silence and pain to know help was available. In the past I had offered my voice through my writing and engaging with women and girls like me.” 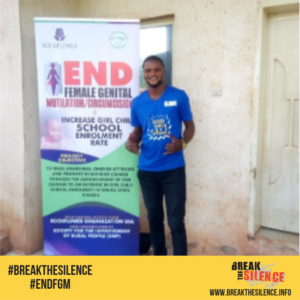 Ugwu Somto is a lawyer and gender director of SIRP Projects, an organization based in Nigeria working in the areas of health, education, human rights, gender equality, good governance, sanitation.

With the believe that FGM will end in one generation, he stressed that men play a pivotal role in this fight. “Men play a huge role in this fight against FGM. FGM is most often rooted in patriarchy and it is this patriarchal system that makes men to see women as inferior to them. This inferiority is exemplified in so many ways. Right from childhood, women and girls are considered less important with no right to anything inclusive of education and inheritance of real properties. Apart from this, women are also subjected to various forms of harsh treatments by the men folk and this could be seen through various harmful traditional practices like FGM and child marriage. I strongly believe that if all men should come out in solidarity to support the #EndFGM movement that FGM will be a thing of the past. Men are the heads of the family and their words are respected by all and sundry. The problem that we have today is that not all men are in support of ending FGM both in their immediate households and in the community at large. So, it’s high time that men and boys rise up to the occasion and fight against FGM. I will like to conclude by quoting the words of my good friend Tony Mwebia “Not involving men in this fight against FGM is like treating the symptoms of a disease and not the disease itself.” 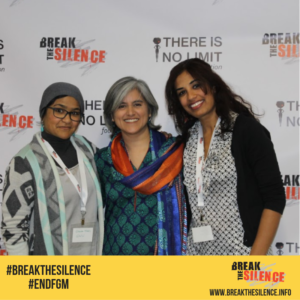 Dr. Ghada Khan is the Network Coordinator for the US End FGM/C Network. She said, “I choose to break the silence because FGM thrives on the culture of silence that has been dually perpetuated by both those who support this practice and by those who choose not to act or speak up when called on to do so. To remain silent in light of the extraordinary courage of FGM survivors who take on great risks in sharing their stories and speaking up is to allow this practice to continue and is to turn our back on the most vulnerable, to turn out back on women and girls, and to turn our back on humanity.”

28TooMany, an anti-FGM research organization that provides its partners with knowledge, tools, and support to end female genital mutilation. Emma said, “28 Too Many decided to Break the Silence because we want to see a world every girl and woman is safe, healthy and lives free from female genital mutilation. Our latest campaign to Break the Silence is to share the #ZeroTolerance ribbon around the world so that it becomes the symbol of #NoFGM globally. And we want to break the silence by making our research and information freely available to everyone so that it can be used to inform strategies and polices to #EndFGM.” 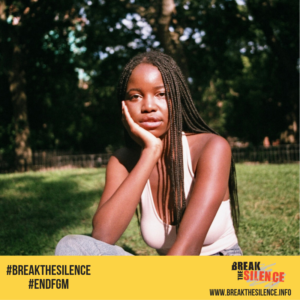 Aicha Cherif, a filmmaker, student and activist. Fleeing from Guinea at a young age, this has made Aicha a tireless advocate for human rights and women’s issues. After being selected for Glamour Magazine’s initiative, The Girl Project, she became interested in films. Her directorial debut, Cut received the Global Impact Award at the Girl Impact The World Film Festival. The documentary sheds light on FGM in Guinea and America. She said, “I decided to be apart of the END FGM movement because of the strong women in my family. I am from Guinea, West Africa where an overwhelming amount of girls undergo FGM. My mother decided to stop the cycle and not allow me to undergo the practice. Now I want to make sure more girls can break the cycle and share the stories of powerful women fighting for equality.”

We would like to thank all of the participants of our second annual Break The Silence Week. We strongly believe that female genital mutilation can end by 2030.