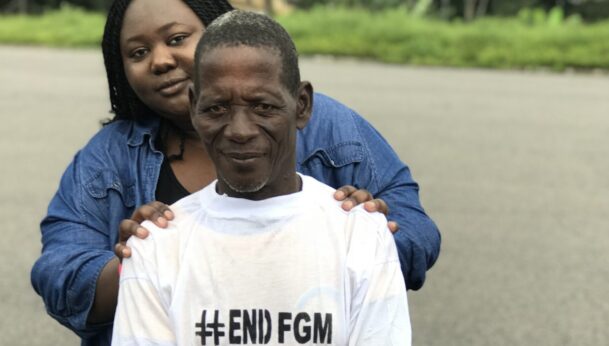 Ms. Hussein is an anti-FGM campaigner and a survivor who is originally from Somalia and currenly works as a psychotherapist in the United Kingdom. Ms. Sadicali is a mother, family doctor and activist. Ms. Johari is a journalist and activist based in Mumbai, India and has been advocating against FGM since 2012. Ms. Camara is a professional with over a decade of program development and management, strategic planning, and relationship-building experience in non-profit, local government, and international affairs. A social entrepreneur and advocate, she was featured in The Guardian, PBS, RFI, Deutshe Welle and Brut for her advocacy to end female genital mutilation/cutting. She is also a frequent speaker at conferences, including high-level events at the United Nations.

The panelists stressed the need for laws to be strengthened and not looking at FGM as a “cultural practice” or  an “African issue.” Ms. Camara focused on the fact that FGM persists because it is a practice that is deeply rooted in secrecy and that it is also widely practiced in Asian countries. She also discussed the Me Too and Black Lives Matter movements and reiterate the need for allyship rather than competition to spread awareness about FGM.

To learn more about our work to end FGM in the Republic of Guinea and the US, watch Deutshe Welle’s Digital Warriors.