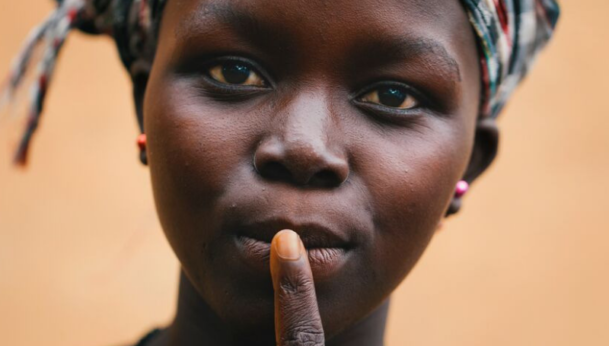 NEW YORK, FEBRUARY 6, 2019—There Is No Limit Foundation Co-Founders, Aissata M.B. Camara, and Mariama Petrolawicz, marked the International Day of Zero Tolerance for Female Genital Mutilation today, by announcing the start of the second annual Break The Silence Week, a week dedicated to raising awareness and driving action to end FGM.

“We’re grateful for the worldwide support. Break The Silence Campaign and this week belongs to everyone. We call on everyone to continue speaking up so we can stop harmful practices and protect human rights,” said Co-Founder Mariama Petrolawicz.

Break the Silence Week starts each year on February 6th and ends on February 12th. The campaign mobilizes people worldwide to speak up and take action to end harmful practices and violence against individuals. Female genital mutilation (FGM) is the first campaign under this banner. It’s a fun week, with a serious message, a week when people activate to shine a spotlight on FGM.

“FGM can end by 2030 as part of the target for Sustainable Development Goal 5: Gender Equity. Break The Silence is a youth and community-led movement. We’re driving lasting change that will make FGM history. It’s wonderful to celebrate the second year of action,” said Co-Founder Aissata M.B. Camara.

Worldwide, it is estimated that over 200 million women and girls alive today have undergone FGM, and an additional 3 million girls are at risk annually. In the United States, it is estimated that over 500,000 women and girls are either survivors or at risk of being subjected to FGM. The Republic of Guinea has the second highest rate of FGM in the world at over 96%. FGM has no medical benefits; it’s also not a religious requirement. Some women and girls suffer from serious physical and emotional consequences as a result of the practice, including problems during childbirth, and depression, FGM also has a heavy economic impact both for women and entire communities.

“Last year, we engaged people on nearly every continent and spread our message to millions. We want to build on this success and continue to highlight grassroots activists and survivors working to end FGM every day,” said Patricia Mars who leads partnerships at There Is No Limit Foundation.

Activists and organizations worldwide participate by sharing videos of why they broke their silence and why it’s important to protect women and girls’ rights. This interactive week will conclude with a summary of interviews and key upcoming milestones for a future without female genital mutilation.

Activities under the Break The Silence Campaign are possible through to the support of the Global Wallace Fund and other generous donors.