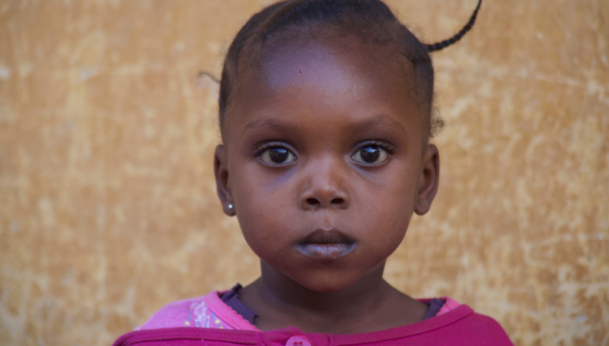 Today is International Day of Zero Tolerance for Female Genital Mutilation, and cofounder Aissata M.B. Camara spoke at the opening of FGM: 68 Million Girls At Risk Exhibition, a photography display that sheds the light on this harmful practice in collaboration with United Nations Population Fund (UNFPA) and United Nations International Children Emergency Fund (UNICEF), and cohosted by Dysturb.

Thank you for the introduction.

It is an honor to be with you today on the International Day of Zero Tolerance for Female Genital Mutilation (FGM).

Thank you to the organizers and partners, especially UNFPA for putting this event together.

I’m Aissata Camara, co-Founder of There Is No Limit Foundation. I am pleased to be here at the launch of the “Female Genital Mutilation: 68 Million Girls at Risk” exhibition at the United Nations.

This day and the exhibition are powerful reminders of the need to end FGM everywhere in the world; this event also highlights the importance of supporting survivors and celebrating achievements made by all stakeholders.

I was born in the Republic of Guinea where I experienced FGM and later migrated to New York City.

Guinea has the second highest rate of FGM with 97% of women and girls who are cut. As a young girl, I was fearful of saying that I was a survivor of FGM. I had a deep sense of confusion and frankly I wished I could forget the entire experience.

I was afraid of acknowledging that I had endured a practice that changed me physically and emotionally forever. On the days I found the courage to speak up, I was met with silence and avoidance. I was left alone.

Years later, I learned to use my voice and created a village of sisters from around the world that are also survivors working tirelessly to make a difference.

This is why I am here today to represent all of our voices and to shine a light on the millions of girls who are at risk. We do not want these girls joining our ranks as survivors. We want them to live without FGM.

FGM is a practice that has remained far too long in the shadows. It has been hidden in silence. A silence that is deafening because we know more than 3 million girls are at risk of FGM every year. A silence that makes survivors like me wonder if we matter. It makes us relive our experiences and keeps us up at night wondering how we can get others to care.

Ending FGM, cannot be accomplished without the goodwill and involvement of all stakeholders. My work over the past decade has been to identify ways to activate people around the world to end female genital mutilation and to highlight the importance of promoting the dignity and security of all people.

That’s why, we created the Break The Silence. A campaign to mobilize people worldwide to speak up and take action to end harmful practices and violence against individuals. Ending Female genital mutilation (FGM) is our first campaign and it’s supported by the Wallace Global Fund. This campaign creates ecosystems of inter-communal conversations about social norms and helps to bring conversations about human rights in countless households.

Since starting Break The Silence, we have trained over 6,000 community members in the Republic of Guinea. Working in collaboration with some of the most influential Guinean singers, we launched an anti-FGM song that was viewed by over 10,000 people in less than 24 hours of its launch. Through targeted communications and documentaries about our work, our message also reached millions worldwide. Finally, we also launched “Break The Silence Week”, a fun week of simple activities everyone can do to help the movement to end FGM. Today marks the start and second anniversary of the week!

Ending FGM requires that we tell the truth. The truth that FGM is happening in developing and developed countries, including the United States. Acknowledging this truth requires that we become inclusive and open!

This exhibit features the story of Fatoumata, a young mother from the Republic of Guinea who fled to Belgium in order to protect her daughter from FGM.

I call on all stakeholders to make sure more women and girls are not faced with this same challenge. I call on all countries to invest in protecting human rights and to build the capacity of grassroot organizations, like There Is No Limit Foundation. I call on people everywhere to break their silence to end FGM. I thank heroes like Nafy from UNFPA for never giving up.

As I speak to you today, I have a dream and a nightmare.  My nightmare is that decades from now, I am forced to explain to the next generation why we failed them by not ending FGM. My dream is of me celebrating the end of FGM. I dream of our stories—the stories of survivors and those of girls who are uncut— being used as symbols of people coming together to promote human rights. I see shades of this dream every time I’m working in our communities.

And so, I hope you will stay engaged with There Is No Limit Foundation and our work to end FGM through Break The Silence by visiting thereisnolimitfoundation.org and by following us on Twitter @thereisnolimitf.

My dream is possible. Break the Silence. End FGM. 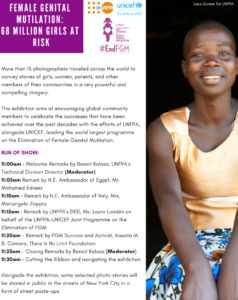